I would be a bad monk.

This past weekend was heaven.

Hubby and I went to an antique fair in Bouckville, New York - just south of Utica. 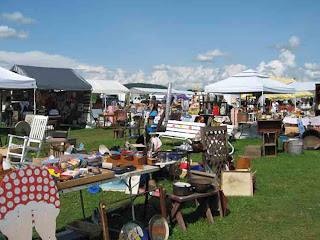 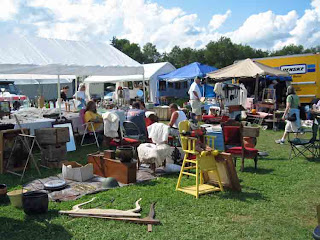 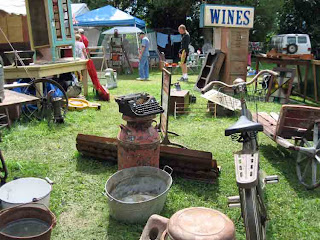 There were even taxidermy chickens. (Yes, those are real chickens.) 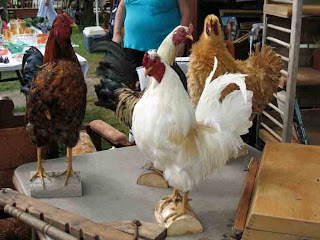 And then, right in the middle of our cruising all the stuff, a wicked storm: 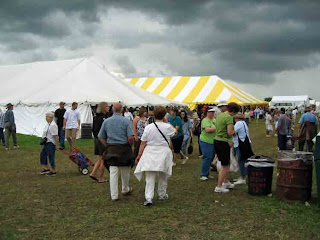 Thunder. Lightning.
Ironically, we had just bought two lightning rods (for my garden).
Luckily, my husband was carrying them, not me. 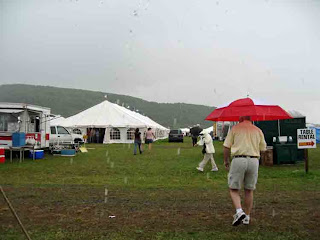 So the rain forced everyone into the tents, which was a little, um....claustrophobic. 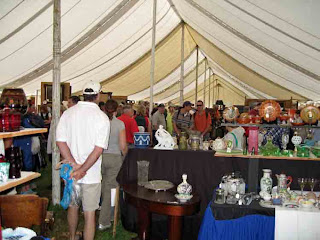 But then the storm passed and all was right with the world. (That guy's shirt says: I Buy Guitars & Amps.) 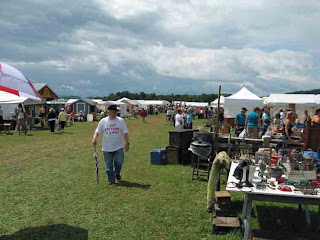 Back to shopping for more STUFF. 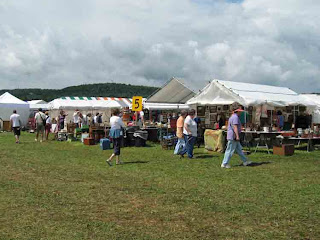 This was like the world's largest real life eBay.

I'll show you some of the STUFF I scored later this week.

The. Best. Weekend.
Posted by Barbara O'Connor at 6:11 AM

Not sure why I have this sudden, strange compulsion, but I. Want. Me. A. Chicken.