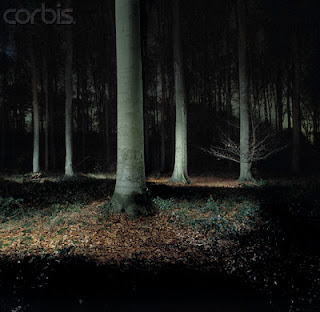 I was delighted to hear from a number of teachers regarding my post about dead matter.

Some of them wanted to share this part of the writing process with their students, which I think is a great idea.

So I thought it might also be helpful to clarify, for those students or anyone else not familiar with the book-making process, the difference between the job of the editor and the job of the copyeditor.

That stack of papers in the photo of that blog post represents manuscript pages that came w-a-a-a-y into the process of creating that book - long after the initial story first came to life.

The first person at the publishing company to get her mitts on the manuscript is the editor.

The editor is the person who helps me with the story.

She questions the characters' motivations for their actions.

She tells me the parts that don't make sense or are confusing.

She wonders if I really need a particular scene.

She helps me clarify my vision of the story and then helps that story become the one I envisioned.

(And she manages to do this without hurting my feelings, making me cry, or causing me to eat large quantities of Oreo cookies.)

Here's an example that comes to mind while working on Greetings from Nowhere:

It worked for a while.

But about halfway through the manuscript, there was a scene that involved Willow and Loretta washing lawn chairs at the motel.

I wrote that scene twice - thru the eyes of two different characters.

My editor told me that when she got to that scene the second time, she felt frustrated. She felt like she had already "been there/done that" - that I was simply repeating the same thing.

She felt that this slowed the story down.

She wanted the story to keep moving forward instead of spinning in the same place.

I felt like I had failed in some way.

That second version of the same scene was unnecessary. It did slow the story down.

....and the story moved forward and was stronger and better.

That's what editors do - they see the forest. (They care about the trees, of course, but the forest is the focus initially.)

After the story becomes as right as we can make it, it moves along through the process until it eventually gets to the copyeditor.

The copyeditor is the one who sees the trees - the little things, like I pointed out in the dead matter post.

I used the word "little" three times in one paragraph.

Shouldn't I try to think of other ways to say "every now and then"?

They see the trees.

Some folks look at the forest.

Some folks look at the trees.

It takes a village to make a book.
Posted by Barbara O'Connor at 6:00 AM

That was a fabulous explanation of the difference between your editor and your copyeditor. Thanks!

I will be sharing this post with my students as well. I especially liked the stages of creating a book -- students can't hear about that "giving it time" factor enough! :)

Thanks for these clarifications to make using your first post a little more informative. I appreciate all your knowledge and I know the students will too.